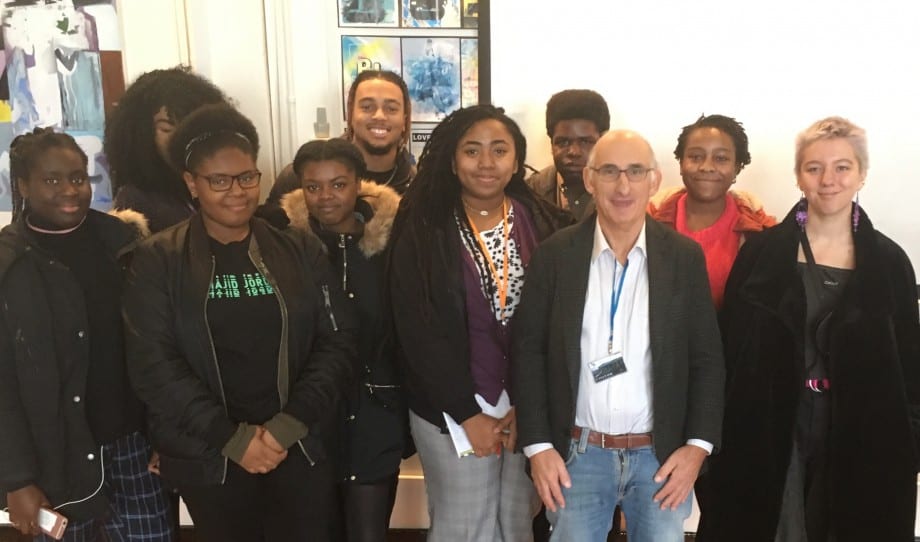 CTK Emmanuel was delighted to recently invite David Thompson, renowned film and TV producer, to come and give an inspiring talk to over 100 Media students from across our sites.

David has produced/executive produced over 100 films and been the recipient of multiple awards, including three BAFTAs, two Golden Globes, and three Emmys.

David spoke to students about his career as the former head of BBC Films as well as being an independent film and TV producer. He spoke in detail about many of his films including ‘Mandela’ and ‘Billy Elliot’ explaining the many challenges he had in producing them.

David also explained about the opportunities for students in the film industry and how best for them forge a career if this was a path they were keen to pursue. Students were delighted that he spent almost an hour talking on a one to one basis to those that remained after his talk. 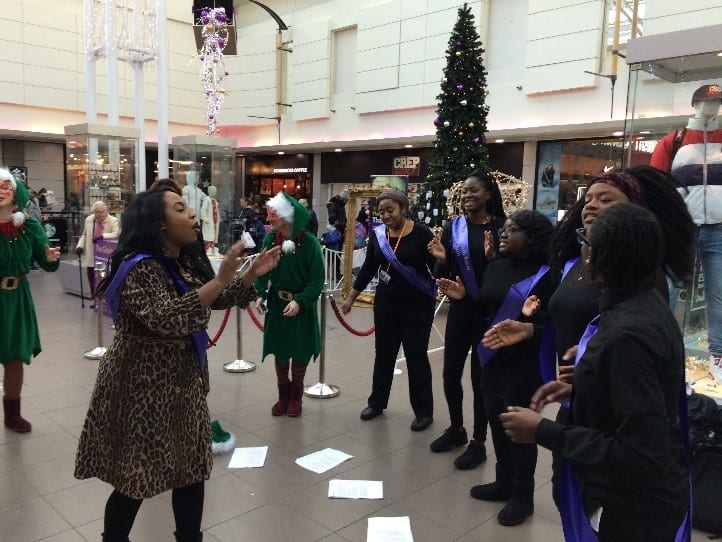 Members of the CTK Emmanuel Gospel Choir sang for charity in Lewisham shopping centre prior to the Christmas break.

Fundraising for the Deptford Reach Centre for the homeless, they drew an appreciative crowd of onlookers, young and old, who thoroughly enjoyed the beautiful and joyous singing emanating from the students. Ably directed by Ms Natalie Christian-John and accompanied by her keyboardist, David, the students outdid themselves as they performed with great joy and gusto. It was a wonderful opportunity to share the hope of the Christmas Gospel message through song, combined with raising funds for a worthwhile local charity.  The New Year will see further performances of the Gospel Choir in the local community. 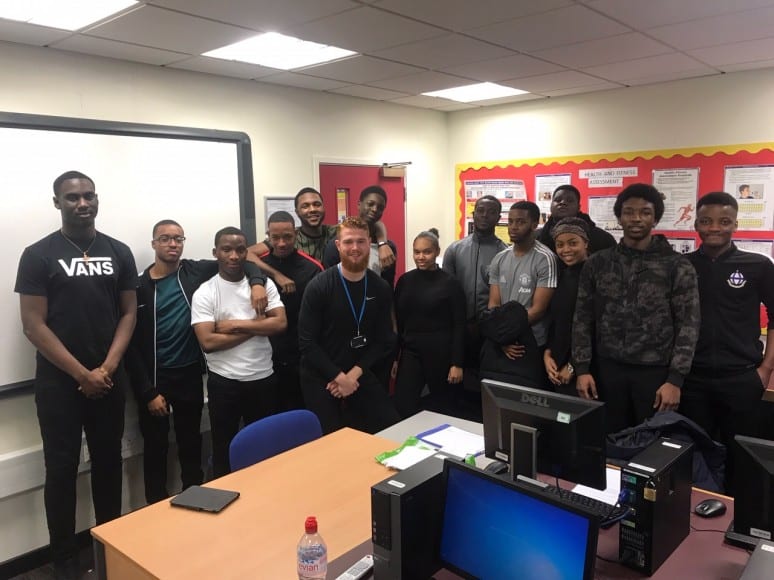 Joe is from Lewisham and now runs a successful personal trainer business particularly focusing on performance athletes. He is also has a strong social media following. The group are currently studying towards the exam Unit 22 Investigating business in the Sports and Active Leisure Industry.

Students were able to listen to how Joe has built his business and asked questions in relation to strengths, weaknesses, opportunities and threats. Students need to research the personal training industry and this was a valuable opportunity to support their case studies. Huge thanks to Joe who lit up the room with his energy and passion for chasing your dream. 